Past President: Anthony Quan
Science, Technology, Engineering and Mathematics (STEM) Consultant
Los Angeles County Office of Education
Los Angeles, CA
Mr. Quan is the STEM Consultant for the districts within the Los Angeles County Office of Education.  He holds a Masters Degree in Educational Administration from CSU Los Angeles.  Mr. Quan also holds a Bachelor of Science Degree in Marine Biology.  He has the responsibility of supporting STEM, Science and Math Education across Kinder through 12th grade in the 81 districts in LA County.  Current projects include NGSS Implementation, CCSS-Math Content Trainings and STEM education development. He continues to work with the California Department of Education and their partners.  He has successful experience as a science teacher with both middle and high school students as well as serving in coaching. He has worked as a faculty member with many IHE’s, most recently with UCLA’s Teacher Ed Program, and served as Teacher Education Programs Manager with the Monterey Bay Aquarium. He has been in education for nearly 20 years. 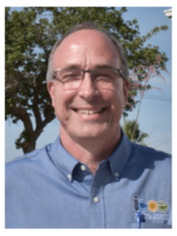 President Elect: John Lazarcik
I have been the STEM Coordinator for Imperial County Office of Education for the last five years. Prior to that I taught 7th and 8th grade science for 18 years in the El Centro and Holtville School Districts. I joined SCASS in 2015 and it was through this organization that I was able to connect with the wonderful science community in SoCal. SCASS is where friendships are born and passionate ideas about science education are shared. I look forward to continue serving the SCASS community.

Vice President: Greg Nicholas
Greg Nicholas' real world experience includes fifteen years in the science field as a QA/QC lab manager for a company that made kidney dialysate solution, as well as the lead administrator of an analytical lab where his experience was in extraction and analysis of EPA Priority Pollutants in drinking water, waste water and soils. He spent fifteen years in the classroom as a High School Science Teacher, three years working at the district level, and nearly five years in his current position as Administrator at the Riverside County Office of Education overseeing all things STEM/Science. His major hobbies include playing guitar and other assorted instruments, as well as ceramics and watercolor. Greg has two sons, Brett and Spencer, and an amazing wife, Ann; they have been married for over 36 years. 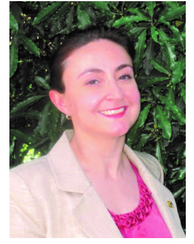 Secretary: Maria Simani
Executive Director
California Science Project (CSP)
CSP is a statewide network providing professional development for K-12 teachers in science.
Dr. Simani received her Ph.D. in experimental particle physics in the Netherlands and then conducted particle physicist research at DESY, Germany, at the Stanford Linear Accelerator Center, and at the Lawrence Livermore National Laboratory.
Dr. Simani also researched brain functioning and learning at the Keck Institute for Integrative Neuroscience at the University of California, San Francisco.
​
Since 2012, Dr. Simani has served on the Science Expert Committee of the California Department of Education to review and provide recommendations for the adoption and implementation of the Next Generation Science Standards. Dr. Simani and the California Science Project have also contributed as lead writers of the new California Science Curriculum Framework. The California Commission on the Status of Women and Girls nominated Dr. Simani in 2013 as one of the Trailblazer STEM Women of the Year, and the California Science Teachers Association recognized Dr. Simani for her distinguished service to science education in California in 2016 and 2019. 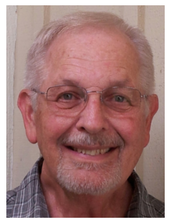